This module provides an in-depth look at the industrial robot and the role it plays in industrial manufacturing processes. The origins of the industrial robot and its evolution are described. The types, components, accuracy, programming and applications of robots, among other topics, are thoroughly analyzed. Robot sensors, including vision and tactile detection are covered with an emphasis on practical application. This module also provides an overview of safety considerations including fail-safe operation and work-envelope design. The concept of Artificial Intelligence and how it relates to industrial machines is presented in detail.

Upon completion of this module the student will be able to: 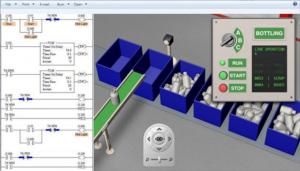